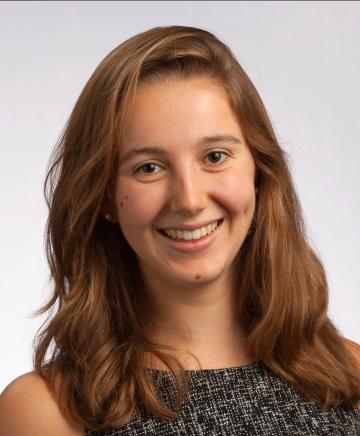 Sustainable business practices, public-private partnerships, socially responsible investing…all of these can have an immensely positive impact. The key is to encourage and reward those kinds of business practices that contribute positively to communities and the environment.

It’s no secret that big business has played a role in many of the global environmental challenges facing society. But Sophie Purdom has come to see that business also represents one of the best hopes of achieving large-scale solutions to these problems. “Sustainable business practices, public-private partnerships, socially responsible investing…all of these can have an immensely positive impact. The key is to encourage and reward those kinds of business practices that contribute positively to communities and the environment.”

Sophie should know. At eleven years old, she helped her family start Natural Health Formula, an e-commerce supplier of health supplements and natural products. The company has grown to have annual sales in excess of $13 million. Meanwhile, Sophie developed a philanthropic offshoot that donates 100% of net profits to support grassroots environmental education. “It’s proof that business can be part of the solution.”

Last summer, Sophie spent several months interning at Ceres, a Boston-based nonprofit that uses a combination of shareholder activism and targeted business partnerships to mobilize big players in the global economy to adopt more sustainable business practices. While there, she developed an economic forecasting model to put a price on the carbon risk of oil companies and drafted a policy proposal that would strengthen SEC regulations requiring public companies to disclose material business risks due climate change. As a student at Brown University, she also played a lead role in supporting passage of the Resilient Rhode Island Act, which provides a framework for the state to plan for and manage climate change impacts, with even a view toward finding economic opportunity in rising sea levels. 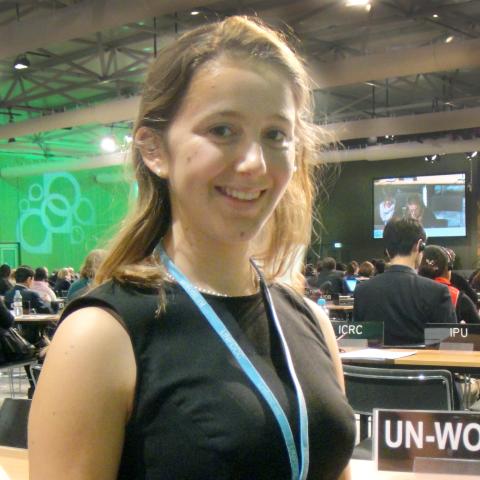 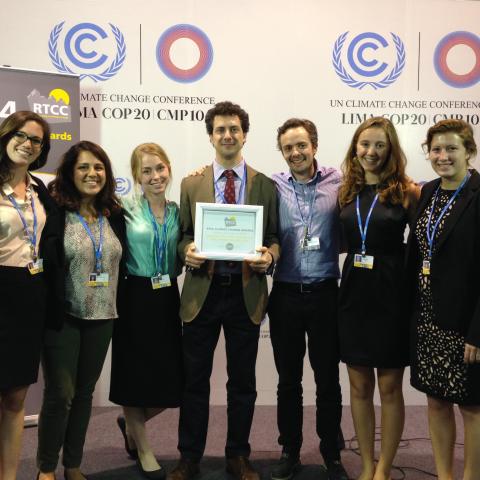 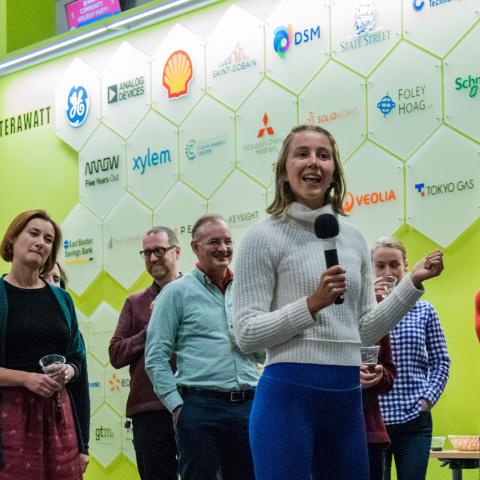 Optimistic? Perhaps, but if you know Sophie, that kind of energy and enthusiasm shouldn’t come as a surprise. As she tells the story, her life began in England in a 250-year-old thatched cottage, “where I spent every day running around hay bales. Five years later we moved to the States and I spent even more time outside. It’s a funny story, but the real turning point was when I met a woman named Kate Crosby in my junior year of high school. She handed me a kilowatt meter and I spent the rest of the year under teacher’s desks measuring electricity usage.” A funny story until you consider that her fascination with energy led Sophie to start a behavioral resource reduction movement that ultimately saved the school district enough money to hire two new teachers.

Energy and climate remain the focal point of her academic and professional interests. Since 2013 she has been working with Brown's Climate and Development Lab (CDL) to support the Least Developed Countries, Latin American, and Small Island Developing States negotiating blocks at the United Nations Framework Convention on Climate Change (UNFCCC). Sophie has traveled to Warsaw and Lima with the CDL promoting a just and effective negotiating process through the production of policy briefs, white papers, and speeches for international climate negotiations.

For someone with Sophie’s energy, intelligence, and charisma, it could be easy to head down any number of paths. For her, the Thoreau Scholars network has been a way to stay grounded and connected with her longer term goals. “The Foundation’s mentoring and community support made it particularly attractive. I’m a big believer in being a team player and paying it forward so I make an effort to offer mentoring and advising wherever I go. When I was inducted into the Foundation, the keynote speaker was David Poritz and I can remember slide for slide his convocation presentation. When I think of influential Thoreau peers, I look to him as a model of what’s possible when you set your mind to it.”

Next up? Some time in the private sector. “Right now, I want to learn more about how big business operates. The language, the culture…the pressure to think in quarterly cycles. But my future interests lie at the nexus of energy, climate, and policy. Maybe one day you’ll even see me running for public office!”

One thing is for sure—Sophie certainly has our vote.