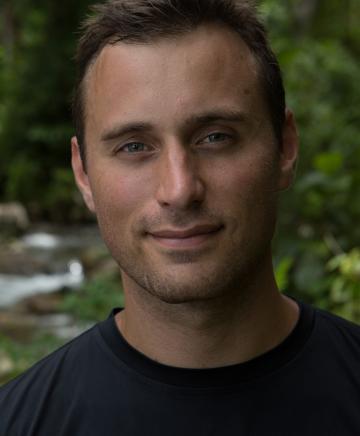 This forest is their supermarket, their pharmacy, their hardware store, their church. It’s everything to them.

The ring-tailed lemur. For the average American, the name might conjure up an image of cuteness, the furry primate with its signature black-and-white-banded tail and warm brown eyes. But for Christopher Golden, this animal is symbolic of a life’s calling, of a journey that began at 9 years old and has taken him to the far side of the globe.

In the third grade, Chris wrote a school report on the lemur and quickly became “obsessed,” as he describes it, with the animal and the idea of visiting its homeland on the island of Madagascar. Chris’s dream came true at age 16 when he accompanied National Geographic Emerging Explorer Luke Dollar on a research project. Now an Emerging Explorer himself, and Director of HEAL, a consortium of public health and conservation institutions sponsored by the Wildlife Conservation Society, Chris’s work focuses on the intersection between ecology and human health. And he has learned that, unlike the ring-tailed lemur, issues of conservation, biodiversity and public health are anything but black and white.

Having spent half of his adult life travelling to and from Madagascar, the country has become for Chris far more than a research focus. It is a second home. He has developed deep friendships among the Malagasy people with whom he has lived and worked. “The closest comparison I can make to Madagascar is the world of the movie Avatar,” describes Chris, “where there is this hyperbolic version of nature, and a deeply spiritual connection between the people and the natural world.” He has seen how the Malagasy are inextricably linked to the forest around them, how they depend on it for the basics of human life. As Chris told National Geographic, “This forest is their supermarket, their pharmacy, their hardware store, their church. It’s everything to them.” And so while a pure conservationist might work to preserve the ring-tailed lemur and other species at all costs, Chris sees the other side of the equation. Consuming bush meat and other forest resources improves nutrition, sustains the people. And so Chris acknowledges that if forced to make the same choice, “I would choose to feed my family.” 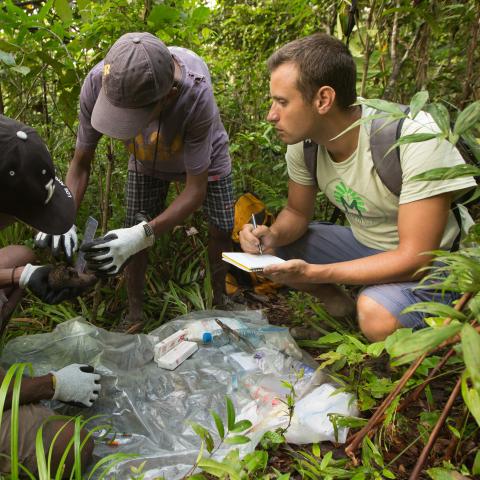 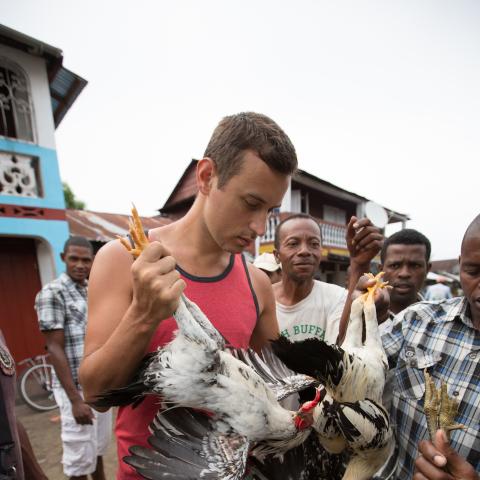 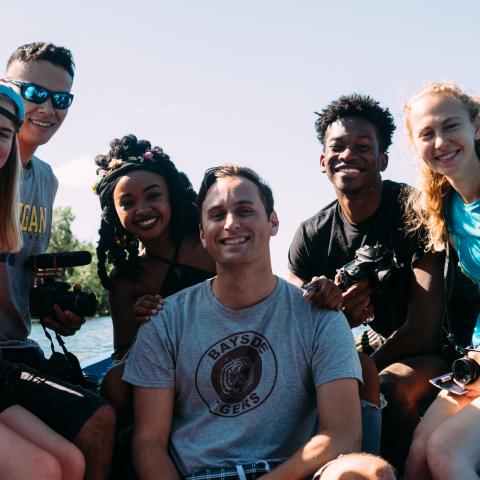 Ultimately, however, he believes that people shouldn’t have to choose between the two. Part of the goal of his work is to identify areas where both people and the natural environment are imperiled, and find ways to ease the tension. Sometimes the solution is to provide an alternative that increases conservation, as in the case of chicken husbandry, which has been introduced in some villages to reduce dependence on bush meat. Other times, a solution that makes more effective use of natural resources is what’s called for. That’s why Chris’s team developed a “recipe book” of remedies based on local plants, which has been distributed to numerous villages to preserve and promote indigenous remedies in an area where hospitals are distant and expensive.

The belief that conservation and public health practices can mutually reinforce one another is optimistic, but Chris believes that kind of optimism is precisely why Thoreau Scholars stand out. “The program is designed to reward people based on their passions, to foster their belief that they might just be the person with the solution. My fellow Scholars are all hyper-intelligent, but the point of the Scholars program isn’t test scores or academic accolades. It’s about passion and leadership. Are you willing to step out and make it your life’s work to advocate for the things you care about?”

UPDATE: In 2016, Chris's Planetary Health Undergraduate Scholars Program at Harvard was selected for Thoreau Foundation faculty grant, our first Scholar Alumnus to receive a Faculty Grant. Chris is also working with Dr. Amalia Almada, another Thoreau Scholar alum, as the Senior Program Manager for the PHA. And his first cohort of students included a Thoreau Scholar, Camille DeSisto. For more info, read our profile of Chris's Faculty Grant project.

Learn more about Chris by visiting his research website.