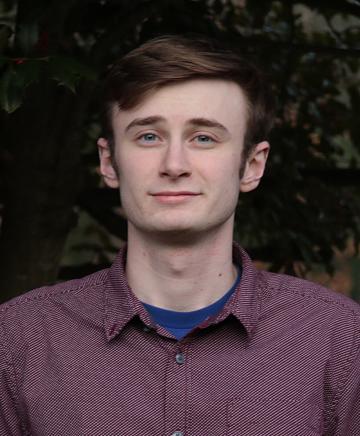 “At my first Thoreau Scholars’ reception, I met so many students attending top universities and alumni who were leading in their field. Frankly, it was a little intimidating. But it was also empowering to be in this cohort. Now that I’m venturing out into the world, I feel like I’m honoring the potential that the Thoreau Foundation saw in me almost six years ago.”

B.Sc. in Biology from Northeastern University, 2016

Speaking with the wide-eyed enthusiasm of a boy who spent countless childhood hours bounding through the woods behind his house, Andrew Bradley can’t wait to leap into the next phase in his career. And with good reason. Andrew’s first job following college will combine his enthusiasm for animals, teaching, and the environment. It’s the dream job that he never knew existed.

Growing up in a household of animal lovers, Andrew laughs as he says “My mom jokes that by the time I was four, I had a fully-formed plan for running a zoo out of our backyard.” Taking note of her son’s penchant for all manner of flying, crawling, swimming, or wriggling creature, Andrew’s mother enrolled him at age three in a program at the Capron Park Zoo. “I participated in that program every summer until I was twelve. When I aged out, I became a volunteer. When I turned sixteen, the zoo hired me as a camp counselor. I still volunteer from time to time for special events.”

But although he loves the hands-on work of zookeeping, Andrew feels an even stronger pull toward education. “I’ve frequently found science textbooks to be inaccessible. But in order for science to impact people, it needs to be relatable. At the zoo, I’ve learned that animals are some of the best educators we have. When you look a gorilla in the eye, you can see his or her intelligence, and it causes you to become more mindful of preserving gorilla habitats.” It is this kind of informal science education that gets Andrew excited. “I come from a family of educators, and I’ve spent a lot of time thinking about educating the next generation of everyday conservationists—the kind of people who have an interest in science, but aren’t going to read a scholarly research paper. How can I impact those people?”

Having experienced the power of hands-on learning, Andrew was drawn to Northeastern University for its support for experiential education, eventually completing an internship at the Boston Museum of Science, as well as performing hands-on primate cognition research. While seeking a final co-op before graduation, Andrew learned of The Best Bees Company, an entrepreneurial, full-service beekeeping and bee research operation. “Their founder’s philosophy aligned perfectly with my own. He was dedicated to making science accessible to the masses. He was writing newspaper articles instead of research papers, to raise public awareness of issues facing our environment.” 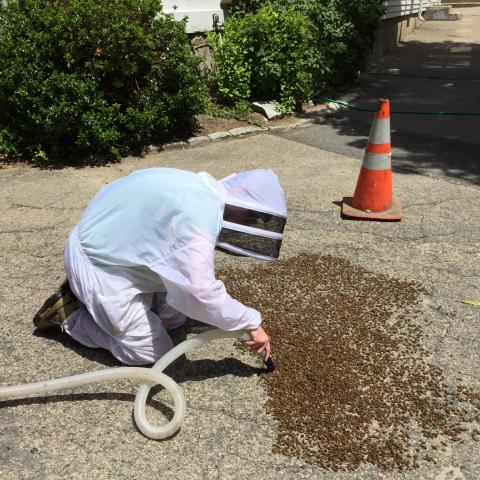 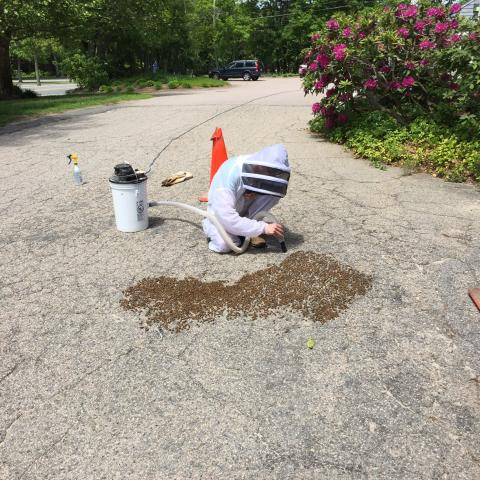 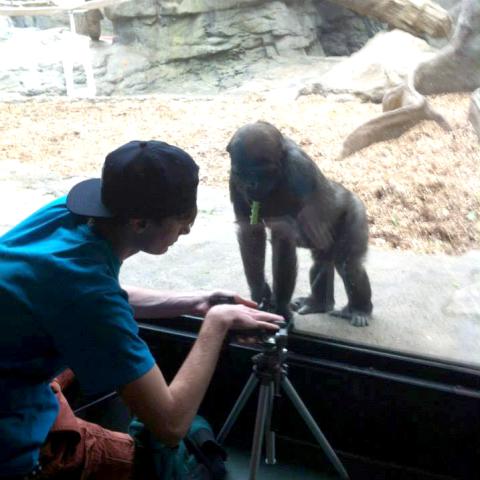 Within ten minutes on the job, Andrew was tending to hives, and soon after was handed responsibility for a wide variety of other tasks, from writing to speaking. “We’re constantly in conversation with all sorts of groups, from the Boston Flower Show to Boys & Girls Clubs to executive chefs. We have contracts with property companies to contribute to green rooftops that help them get LEED certified. We are making connections and having an impact at a very broad level.”

With graduation on the horizon and a full-time job offer at Best Bees in hand, Andrew is philosophical about this moment of his life. “A few weeks ago I met with my former supervisors at the Boston Museum of Science to pitch them on hiring Best Bees to perform hive management and analysis.” When Best Bees landed the job, “it was one of those incredible full-circle moments. I’ve gone from being a childhood visitor of the museum to coming back as a partner.”

“At my first Thoreau Scholars’ reception, I met so many students attending top universities and alumni who were leading in their field. Frankly, it was a little intimidating. But it was also empowering to be in this cohort. Now that I’m venturing out into the world, I feel like I’m honoring the potential that the Thoreau Foundation saw in me almost six years ago.”