These students are advancing critical research on an endangered ecosystem. At the same time, they are developing in themselves a deep sense of place, and building an academic community with a stronger commitment to local environmental stewardship.

Not long ago, alluvial deposits throughout the Los Angeles Basin were clothed in the Coastal Sage Scrub (CSS) plant community, a habitat characterized by exceptionally high biodiversity and endemism. As land was cleared for agriculture, this plant community came to exist only as islands amidst a sea of urban areas and former citrus groves. One such island is the Robert J. Bernard Field Station (BFS) in Claremont, California, which contains one of the most intact remnants of the CSS ecosystem.

On September 11, 2013 a fire burned approximately 17 acres (20%) of the BFS, providing a rare opportunity for intensive study of ecological succession and fire ecology in this endangered habitat. As described by Dr. Wallace Meyer, Professor of Biology at Pomona College and Director of the BFS, “The CSS in Southern California is currently experiencing a myriad of threats including habitat loss and degradation, colonization by non-native species, and increased nutrient and toxin deposition. We saw the opportunity to mentor students in examining the post-fire responses of mammals, birds, invertebrates and plants, in order to provide a whole-ecosystem perspective on this disturbance. The findings will provide critical data to inform fire management policy and conservation planning in the remaining CSS fragments.”

Meyer and his colleagues approached the Henry David Thoreau Foundation for a grant to help fund this important research and the student learning opportunities it offered. “The Foundation’s support for diverse projects that somehow capture and champion Thoreau’s philosophy, particularly in advancing efforts to understand and protect unique environments for future generations, made it a natural choice from which to seek funding,” says Meyer. The project’s goal of involving students in hands-on research was a great fit with the Foundation’s mission of fostering the development of future environmental leaders. 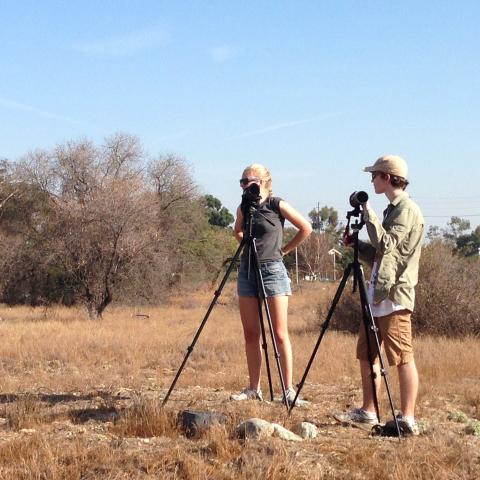 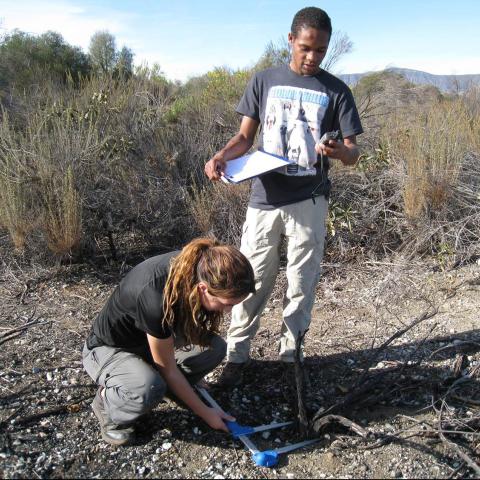 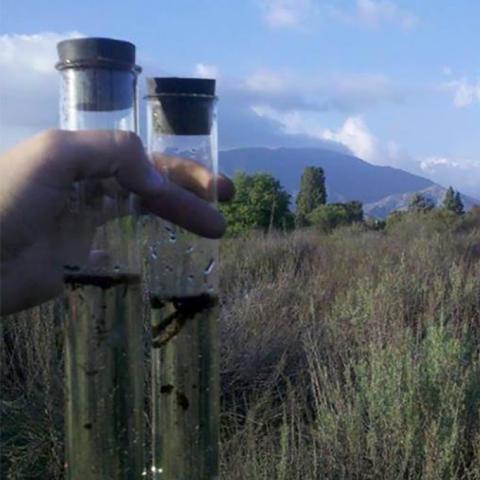 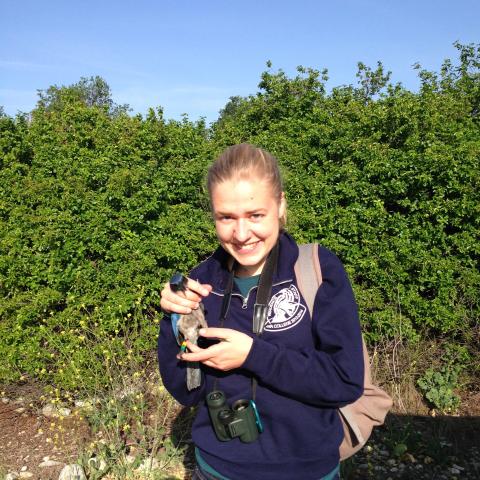 Student researchers have been integral participants and collaborators on the project, assuming ownership of all aspects of the research, from project design and data collection to analysis, literature review, and writing. Meyer and his colleagues also work with students to provide outlets for their findings in settings like the Southern California Conference on Undergraduate Research (SCCUR), departmental seminars and lectures, and Pomona’s Summer Undergraduate Research Program.

Students have also played a critical role in designing and implementing a new inquiry-based educational program for local K-12 students that uses the CSS ecosystem as a focus of study. Because many of the remaining CSS fragments are located close to schools in high population density areas, Meyer and his colleagues saw a unique opportunity to educate, inform, and inspire a conservation ethic in the next generation of citizens, with a focus on understanding and preserving biodiversity in the CSS ecosystem. Students at Pomona have collaborated with Meyer and staff from the Claremont Graduate University School of Education to develop a curriculum that uses CSS ecology and conservation as models for educating K-12 students to analyze and interpret data, construct explanations and design solutions, and argue from evidence.

“The talent, enthusiasm and strong conservation ethic of these students provides us with a remarkable community of young researchers and educators who we hope will become strong future advocates for CSS conservation,” says Meyer. “These students are advancing critical research on an endangered ecosystem. At the same time, they are developing in themselves a deep sense of place, and building an academic community with a stronger commitment to local environmental stewardship.”